Should I fix my home loan interest rate in 2022? 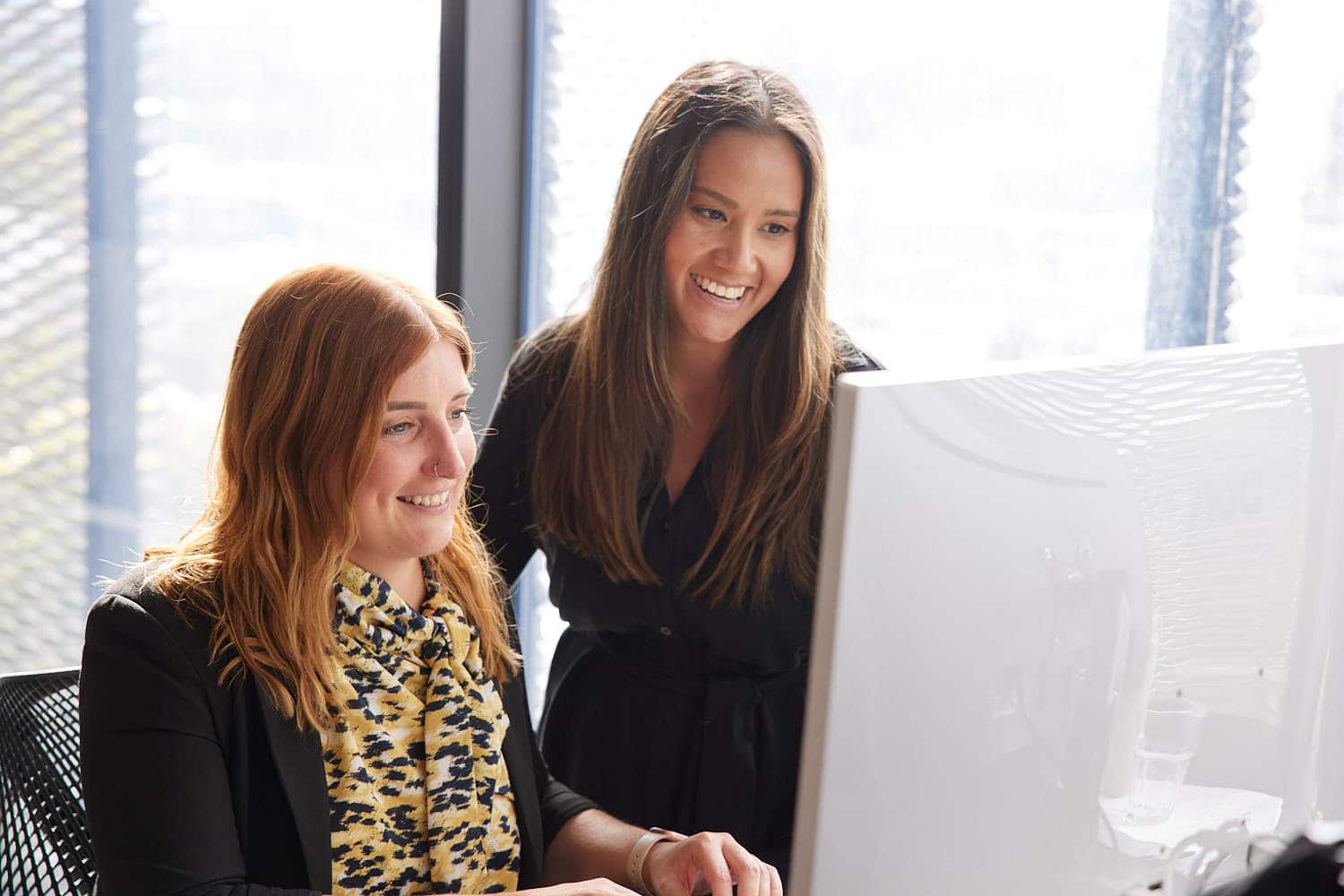 What is going to happen to home loan interest rates in Australia? This is the question lots of Australians are asking right now. The news cycle is focusing very heavily on what the Reserve Bank of Australia (RBA) are going to do with interest rates and the flow on effect this will have to borrowers.

With some economists predicting rates to increase as early as June 2022 from their current record low of 0.10%, many Australians are asking whether now is the right time to lock in a fixed rate before they begin going up.

Are interest rates about to go up in Australia?

We get multiple notifications a day from various lenders to update us on what their latest rates are. The past several months has seen a very consistent trend, with fixed interest rates increasing across all terms and lenders. This tells us that it is costing the lenders more to secure fixed term funding for the coming years. The banks don’t get fixed long term funding from places like the RBA (unless a particular fund is made available to them, like happened during the pandemic in 2020). Fixed interest rates are not tied to the cash rate, which is effectively a short term finance rate.

If RBA interest rates go up, then variable rates will commence increasing too. Variable rates are historically tied with the cash rate, however not all lenders will always change their rates by the exact amount the cash rate increases or decreases by.

What are the current interest rates in Australia?

Variable home loan rates haven’t really moved much in recent months, as mentioned, if the cash rate begins to increase from its record low of 0.10% then lenders will begin increasing variable rates too.

That said, for many years now lender rates and the cash rate have not been moving in perfect lockstep. In fact, not all of the lenders are putting rates up or down at the same time either – there are so many variables impacting rate calculations.

For example, when the RBA were decreasing the cash rate a few years back they would usually do so at a rate of 25 bps per month. Many lenders would pass on a partial drop to the variable rate of say 10 bps and not the full 25 bps each month. And so even though the cash rate is 0.10% the average variable rate currently sits around the 3.22% mark and two year fixed interest rates average 3.08% (as at 28 March 2022).

How much extra will I have to pay if rates go up?

Some economists are predicting up to three rates increases before the end of the year. If the RBA make the increments at 0.25% intervals, it will mean an increase of 0.75% to the cash rate (though as mentioned, this does not mean a 0.75% increase to your personal home loan rate).

For most people these increases should be affordable and expected as the economy continues its strong growth and inflation grows too. It’s nice to have low rates, and we’ve enjoyed very low rates in Australia for a number of years now, but as with any cycle these lows have to end at some point.

Interest rates are being tipped to rise this year (despite the RBA previously stating rates would be on hold at least until 2024). There are a range of factors that influence the cash rate, with the primary factor being inflation. The RBA advised rates would be on hold until inflation was sitting steadily between 2-3% (not just a one-off spike into the desired target range). Inflation currently sits at 2.6% and it is the first time this as occurred in more than seven years.

It is for this reason that economists believe the cash rate and mortgage interest rates in Australia will be on the increase later this year.

Are fixed interest rates going up?

September 2021 was when we saw the lowest fixed home loan rates, with NAB offering 1.89% fixed for two years. As of April 2022, for the same product, rates were 3.99% for two years fixed. Over a six-month period, NAB increased their two year fixed rates by over 2%.

How much will interest rates go up?

Westpac Chief Economist Bill Evans last week revised his forecast and has predicted the cash rate will increase by 40bps in June 2022. Other economists have predicted at least three rate rises this year, beginning in August with an anticipated increase of 75bps. What’s clear, is that fixed rates are not going down, they are steadily increasing each month.

Is it a good time to fix interest rates?

Ultimately the decision to fix your rate or not is up to you, your individual circumstances, and your own personal risk assessment. There are simply too many variables at play for an article such as this to advise what you should be doing with respect to fixing or not.

Fixed rates are no longer at the record lows we saw throughout 2021. Previously you could fix in for less than 2% on a two-year term, those who did this may reap the benefits if variable rates begin rising this year.

That said, some experts believe you will never outperform variable rates. That is, you will always pay more interest on a fixed rate than a variable rate. Fixed rates are very good for setting a budget, however they are ultimately very restrictive in terms of making extra payments or redrawing funds if you needed them.

Other evidence suggests if you fix for shorter periods of time (one to three years), you may find yourself ahead of the variable rate. Fixing for longer terms (such as five years) doesn’t tend to be as financially advantageous.

How long should I fix my rate for?

Rates can be fixed for a range of different terms including one, two, three, four and five years. The length of time you should fix for really depends on what your goals are and what is happening in your life.

When you select the length of time to fix in for, you need to consider your long term goals. We often ask clients what they plan to be doing in two to five years. The problem with this is we aren’t very good at predicting the future, and what we plan is not always our reality. A great job offer may come along requiring you to relocate, or you may receive an inheritance and want to pay off the loan – there can be any number of things that crop up unexpectedly and require your plans to change.

It’s for this reason that we don’t usually recommend an overly long fixed rate term.

What are the advantages to fixing an interest rate?

A fixed term rate can be advantageous in a few different ways:

When is fixing the rate not going to be suitable?

There are some cases when fixing your rate is not going to be a good idea. This includes:

In these situations, if you wanted to make a change, access equity or refinance you would have to break the fixed rate – which can be very expensive.

What happens if I break my fixed rate?

If you decide to refinance or change your rate to variable, then you have to pay break costs., This is an amount calculated by the bank using a complex formula. They determine essentially what you should have paid in interest over the period and charge it as a fee instead. It is usually very expensive and will often mean breaking your fixed rate is not going to be financially worthwhile.

Is there an alternative to fixed rates?

If you don’t want to fix in all of your home loan interest rate you can opt for a split rate. This is where you put part of your home loan on a fixed rate and part on a variable rate, meaning you get the best of both worlds.

When lenders make their assessment of your ability to repay your home loan, they add an extra 3.50% minimum to their standard rate. This is to ensure you could continue to cover repayment costs should rates go up.

If you find yourself looking at a potential rise of $390 per month as being unaffordable, then we’d recommend getting in touch with your Entourage broker and having a look at how we can help. There are options available from fixing part or all of your rate, through to a refinance if appropriate for you and subject to lender approval.

Locking rates in ahead of the interest rate rises

Is it possible to lock rates in ahead of the interest rate rises? At this point in time, fixed rates have already been increasing for several months. This means securing an ultra-low fixed rate I already out of the question. If you are worried about variable rates increasing over the coming years then fixing is of course a good way of securing your repayment and providing you peace of mind and budgeting consistency.

If you want to look at fixing your interest rate in, have a chat with our brokers who can provide you with some modelling around what repayments will look like at different rates and across the time frames you are considering.